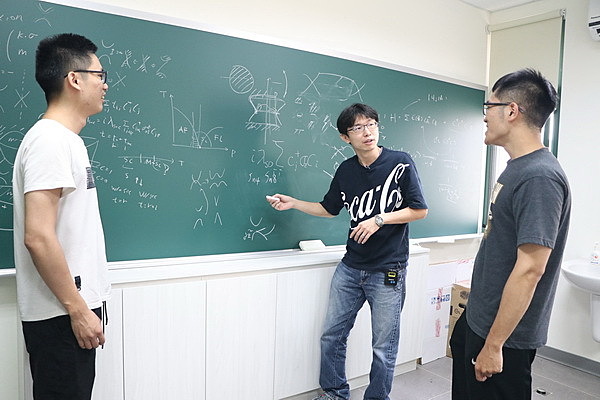 The transmission of current with zero resistance would reduce energy consumption and largely resolve the issue of heating in electronic devices, such as mobile phones, computers, and air-conditioners. Scientists see the development of materials capable of producing the quantum anomalous Hall effect as an effective approach to achieving zero resistance current.

Tay-Rong Chang, associate professor in the Department of Physics and a member of the Center for Quantum Frontiers of Research and Technology (QFort) at NCKU, has been collaborating with Professor Ni Ni at UCLA and Professor Dan Dessau at CU Boulder in characterizing a novel synthetic quantum material, confirmed to be an intrinsic ferromagnetic axion insulator. Professor Chang’s team has also been working with Professor M. Zahid Hasan at Princeton University and Professor Shuang Jia at Peking University in the analysis of Kagome lattices. Theoretical analysis up to this point gives every indication that both of these materials have the potential to realize the quantum anomalous Hall effect. Their research achievements were published in Science Advances and Nature at the end of July, 2020. 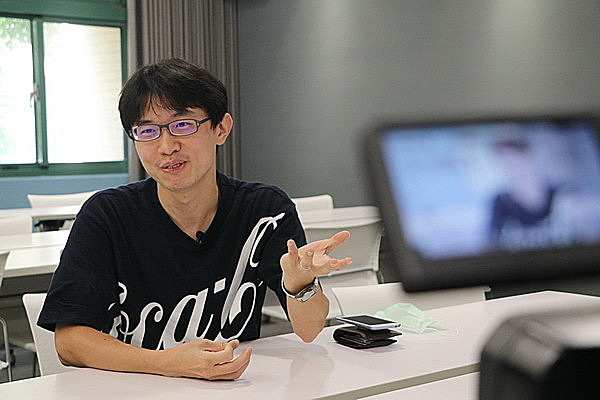 Professor Ni contacted Prof. Chang, an expert in topological materials and computational physics, to conduct theoretical analysis of the material. After several months of effort, Prof. Chang’s research team succeeded in calculating the physical properties of the new material, based on element data and the lattice positions provided by Prof. Ni. To their surprise, the material was identified an intrinsic ferromagnetic axion insulator, a state of matter that had previously been theorized in mathematical models but never encountered in the real world. Further theoretical analysis revealed that a nanofilm of this material could be used to realize the quantum anomalous Hall effect. The relevant research paper has been published in Science Advances.

Looking back at his work with Professors Ni and Dessau, Professor Chang remarked that international collaborations require mutual trust, communication, compromise, appreciation for each other’s achievements, and effort to deal with contentious issues. “This may sound easy, but the adjustment period was quite difficult. Ni and Dan frequently pressed the NCKU research team for progress and then unreservedly questioned the theories they presented. There is no doubt that this was practical and realistic, but it was also aggravating at times.”

Researchers around the world are working to realize the quantum anomalous Hall effect. In the first half of 2020, the research team led by Prof. Jia at Peking University synthesized a Kagome lattice material, TbMn6Sn6. In subsequent analysis via scanning tunneling spectroscopy, Prof. Hasan’s research team observed indirect evidence of zero resistance current; however, when they submitted their findings for publication, all three of the reviewers demanded theoretical calculations as proof. It was then that Prof. Chang’s research team joined the collaboration, providing a theoretical foundation to support the experiment results. The achievements of this three-party collaboration were published in Nature.

The smooth completion of this research was quite remarkable. Professor Chang laughingly remarked, “It was a good thing that my PhD students Hung-Ju Tien and Shang-Wei Lien were up to the challenge. It’s not easy to perform those calculations and theoretical analysis in a short period of time, and it would have been impossible for me to do it all myself.” Professor Chang has no end of praise for the two students. He had no reservations in saying, “I gave them the wrong guidance on more than one occasion during this research, but they got back on the right path entirely on their own, and it was their suggestions that gave me new inspiration.” 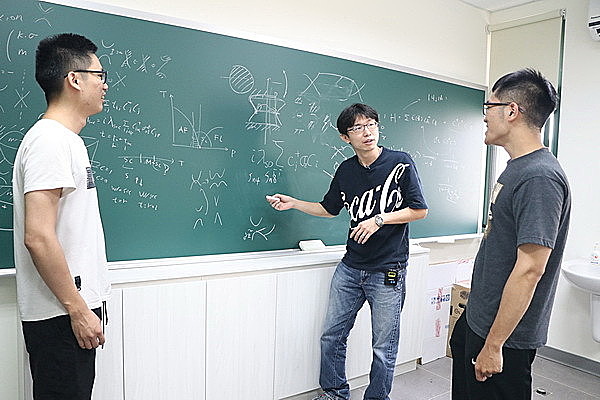 Professor Chang revealed that even Prof. Ni had praise for Tien and Lien. “She said to me many times, ‘Your student has done a fantastic job! I have never imagined that theorists can do such a good job for such a large lattice with magnetism.’” In their submission to Nature, a reviewer also mentioned, “Their newly introduced calculations show surprisingly good agreement with the experimentally measured dispersion.” The praise that the students earned through their own efforts is well deserved.

When asked about the praise from his teacher, Hung-Ju Tien explained that this was his third year on Prof. Chang’s research team. The first two years were slow and hard and many calculations did not end as expected, causing him to doubt his own capabilities. Professor Chang often asks his students, "How are you going to persuade me?” or “Now you’re stuck. What are your thoughts?” Under Prof. Chang’s tutelage in the basic skills of analysis and judgment, the students would suddenly just catch on. Shang-Wei Lien remarked, “It’s not until you take part in an international collaboration that you realize that even an elite team gets stuck sometimes, and how important your basic skills and judgment are when you are in a fog.” He also confided that he had not realized how well they were doing until he and Hung-Ju Tien received praise from their collaborators. This has greatly boosted his self-confidence.

Professor Chang mentioned that he got into physics research because he was interested in the foundemental truth of nature. It is a long way from foundemental research to practical application, and it cannot be completed by a single person or team alone. These achievements were only a very small step in the initial stages, and future progress will rely on the joint efforts of experts from a variety of fields and backgrounds.

►What is the Hall effect?

Electrical currents flow through a conductor in the same direction as the applied electrical field. However, simultaneously applying a vertical magnetic field (z direction) and a longitudinal electrical field (x direction) allows the measurement of transverse conductance (y direction). This is counterintuitive, based on the fact that longitudinal conductance is a constant associated only with the material itself, whereas transverse conductance increases continuously with the magnitude of the magnetic field. This unique phenomenon is referred to as the Hall effect. However, continually increasing the strength of the magnetic field eventually leads to a phenomenon that is even more bizarre. When the magnetic field exceeds a certain threshold, the transverse conductance no longer changes continuously with the magnetic field, but rather displays discontinuous quantized jumps. The longitudinal conductance disappears with each quantum jump interval, resulting in an amazing state of zero resistance. The quantized discontinuous distribution of electrical conductance is referred to as the quantum Hall effect. Researchers have also observed the Hall effect in ferromagnetic materials (e.g., iron) even without an applied magnetic field, in a phenomenon referred to as the anomalous Hall effect. This begs the obvious question: Are there any materials that enable the quantum anomalous Hall effect? Congratulations, you have reached the frontier of our existing knowledge. Answering this question is one of the goals on which scientists are actively working.

►The History of the Quantum Anomalous Hall Effect:

Scientists have been conducting research on the Hall effect since it was first observed in 1879. The quantized version of the Hall effect discovered in 1980 was considered a perfect fit with existing quantum theory. In the intervening years, scientists have come to realize that the quantum anomalous Hall effect could potentially achieve zero resistance current, which could revolutionize the electronics industry by facilitating the development of quantum computing and highly efficient spintronic devices. The quantum anomalous Hall effect was first achieved in 2013 by doping topological materials with magnetic elements. Note that these first successes were achieved under highly precise experimental conditions at extremely low temperatures (<3.15 K). Now, however, scientists are one step closer to practical implementations, having synthesized an intrinsic magnetic topological material capable of achieving the quantum anomalous Hall effect without the need for complex doping.

Diamond is hard and transparent and is also a good insulator. The graphite, by contrast, is soft and dark and easy to...

Scientists have long been puzzled by the spin-field-effect transistor (spin FET) and great efforts have been put in...