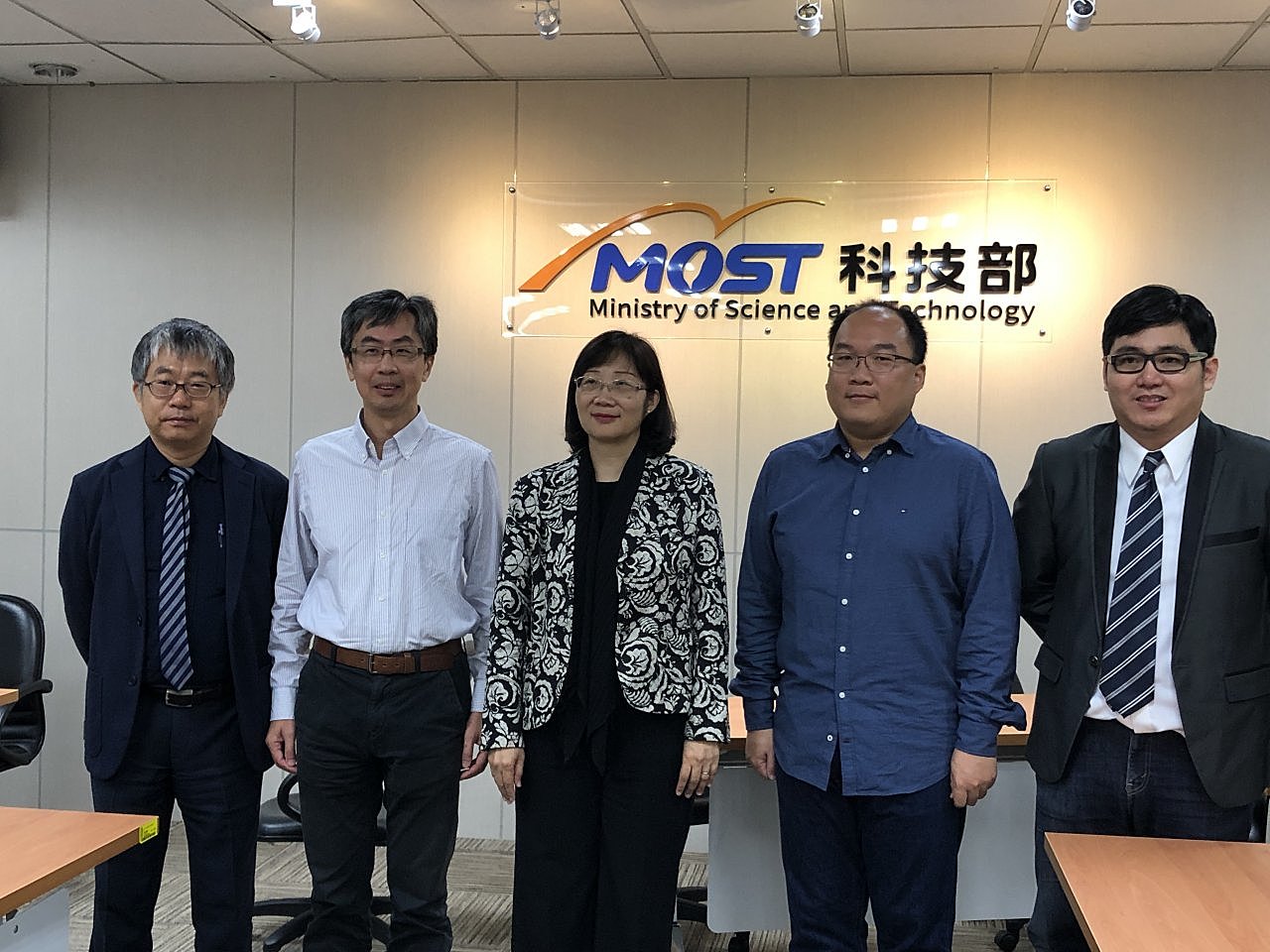 High-performance miniaturized transistors are the core of every digital device from smartphones to biomedicine, genetic decryption, and space technology. However, silicon transistors will reach the physical limit of miniaturization at 3 nm, beyond which will require radical advances allowing the fabrication of transistors at the atomic scale.

Professor Chung-Lin Wu of the Department of Physics at NCKU and Dr. Chia-Hao Chen of the National Synchrotron Radiation Research Center have formed the Taiwanese Condensed Matter Physics Team to usher in the next-generation of electronic devices. Their collaboration has led to the creation of a two-dimensional monoatomic layer (approximately 0.7nm thick), capable of functioning as a transistor with the low energy consumption and low heat generation required for thinner, smaller, and faster integrated circuits (ICs). Beyond all expectations, their research achievement has surpassed Moore’s law and is expected to revolutionize the development of electronic devices for AI and machine learning. Their paper was published in August this year in the top-tier international journal Nature Communications.

In the 1960s, Gordon Moore predicted that every 18 months, the miniaturization of semiconductor IC processes would lead to a doubling of the number of transistors that fit in a circuit as well as the corresponding efficiency. Since that time, R&D in the field of conventional transistors (the basis of 0-and-1 calculations in digital logic), has continually advanced in accordance with Moore’s law; however, the physical size of these devices cannot be reduced indefinitely. Unless an alternative is found to the existing computational paradigm, the development of digital technology will come to an abrupt halt.

Recent research on graphene has opened the door to the possibility of two-dimensional (2D) materials with a thickness of only one atom (0.3nm) existing in nature. Functional 2D monolayer materials are viewed as the Holy Grail by scientists in physics, engineering, and optoelectronics. For many years, Professor Wu has been exploring the use of two-dimensional monoatomic layer systems as electronic components. In 2016, a collaborative effort was initiated between Novel Materials Research Teams at National Tsing Hua University and National Chiao Tung University with colleagues at the Department of Physics of NCKU, including Prof. Yi-Chun Chen specializing in surface measurement and Prof. Tse-Ming Chen specializing in quantum device measurement. After more than a year of effort, they succeeded in developing materials that are only one atom thick and capable of functioning as transistors at the atomic scale.

Their monoatomic layer transistor manipulates electrons at the nanometer scale by flipping the electric field to alter the electrical properties of two-dimensional semiconductors. This represents a revolutionary advance over previous methods in which electrodes were used for manipulation. The compactness of the resulting transistor significantly reduces energy consumption and heat waste while increasing the speed. An even greater advantage of the monoatomic layer transistor is the fact that it can be applied like plastic wrap to a variety of soft and hard materials.

Chung-Lin Wu pointed out that although the 0.7nm-thick monoatomic layer transistor could not be miniaturized beyond this point, its computation and transmission speeds could potentially be thousands of times higher than those of current devices. The low energy consumption and heat dissipation would have a profound impact on current technologies. This would make possible many scenarios that previously resided only in the realm of science fiction. Smartphones would only require charging once a month and autonomous vehicles would have access to the sensing and computation required for deployment on every road. Circuits could be printed directly on any substrate to turn glasses into smart glass devices or windows into a touchscreens.

NCKU scientists’ latest research on the detection and certification of the nonclassicality of dephasing dynamics wa...

The transmission of current with zero resistance would reduce energy consumption and largely resolve the issue of hea...